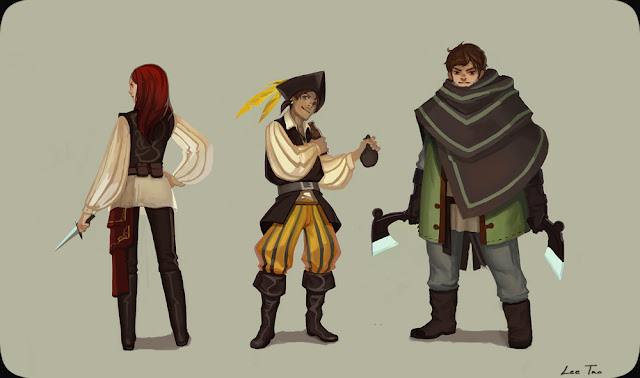 Doodled the characters from Gentleman Bastards while listening/reading the Lies of Locke Lamora. Sabetha, Locke, and Jean 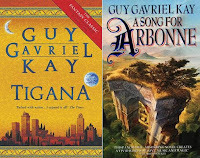 GGK came highly recommended online so I dropped some time reading Tigana and A Song for Arbonne, and oh boy, I have never read better characterization in fantasy(his books aren't high fantasy, more historical fiction), all the characters have a lot of depth, it's really cool where good guys also do cruel things and bad guys are very human as well. You actually feel for both sides instead of just good vs. evil. A new favourite author, will go back to him definitely (GGK also lives in Toronto!) 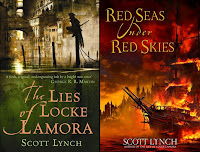 I needed to take a break from the really moving stories of GGK and chose to start on Scott Lynch cause a friend gave me the audiobook for The Lies of Locke Lamora. People online describe it simply as Oceans Eleven mixed with fantasy. A very fun adventure, about a group of thieves and them stealing things haha. A lot of amazingly funny dialogue and the story is very well paced. Also hooks you from the beginning (the girl character/love interest of the main character Locke doesn't even show up until the 3rd book! Arrrggg) These books are an easier read than GGKs, if you guys liked Hunger Games and such, try this one out, I think it's a cool jumping point into some fantasy. If you like Oceans Eleven style story, even more so. A lot of swearing haha.
Posted by Lee Tao at 9:43 PM

these are awesome, so well designed...and I can't help but say, they all look really snug and comfy and that makes me love them even more. :D

Sounds great, I'd like to get stuck reading some great books =]

Lee! I heard you met my friend Avner! such a small world, how you been? cool characters by the way! :)

Haha yeah! It is a small world, was so surprised when the name of your film came up and I made the connection. Avner is a cooool dude! I'm still very new in SF, but next time you are in the area let me know!!!